This post may contain affiliate links. You can view my full disclosure here.

A lot of you seem to enjoy reading as much as I do, so I thought I’d start a new series here: recent reads!

So here’s the first post in that series! Some of these books were amazing, and some of them were just okay, but hopefully, you find something you’ll like.

(By the way, you can add me on Goodreads to always see what I’m reading.)

I watched the Death Note anime in high school, so I was kind of excited to read the manga. This is the first in the series. It’s about a student named Light Yagami, who finds a notebook dropped by a death god. Any human whose name is written in the notebook dies and Light has vowed to use the power of the Death Note to rid the world of evil. But now the police are looking for the killer of all of the evil people, and Light has to avoid being caught. I loved this and I gave it 5/5 stars; can’t wait to read the next one!

It’s no secret that I’m super into true crime so, of course, I had to read Mindhunter. John Douglas is a big name in the true crime world. He basically helped invent criminal profiling (the stuff you see on Criminal Minds) and he’s done SO much work in the world of capturing and studying serial killers. In this book, he gives us a look inside the FBI elite serial crime unit and into the minds of some of the biggest serial killers in the world – Charles Manson, BTK, Ted Bundy, etc. This book is such a classic and I gave it 5/5 stars, easy!

The Endless Search is a mystery/suspense novel that I received from Netgalley! Two teenage girls go missing on their way to a graduation party. Suspicion falls on a local neighbor boy named Eli Thorson, but no trace of the two girls is found. Thirty-three years later, a cold case unit reopens the case, and once again, they suspect Eli Thorson. Was Eli responsible for their disappearance? I thought this book was okay. It was a good story idea by a talented writer, but it just wasn’t the best execution for me. About halfway through, I just felt as though the story was going on a bit too slow, and by the ending, I felt like it fell kind of flat. I gave it 3/5 stars.

Practical Magic for Beginners is exactly what the title says: an introduction to practical magic. It includes rituals, exercises, and spells for people who are new to magic. I thought it was a really great introduction to the topic. I gave it 4/5 stars. [Read my full review here!]

• The Ballad of Songbirds and Snakes

In case you didn’t know, The Ballad of Songbirds and Snakes is part of the Hunger Games series. It’s like a prequel and it tells the story of Coriolanus Snow. I’m actually a pretty big fan of the Hunger Games so I was excited to get my hands on this. All I heard before I read this book was how much it sucked, but I actually liked it for the most part. I thought it was interesting and the only thing that bothered me was that the ending felt super rushed. It was still great though, and I gave it 4/5 stars! 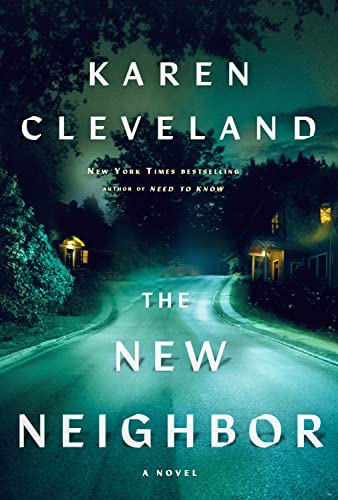 The New Neighbor is another novel that I received from Netgalley. It’s a thriller about a woman named Beth who works for the CIA, where her job is to track down an Iranian intelligence agent known as The Neighbor. All at once, Beth seems to lose everything – her husband, her children, her home. And Madeline, the new owner of Beth’s home, catches Beth’s attention. It seems like she might be The Neighbor. Is Beth just paranoid, is she jealous, or is she right about Madeline? This was SUCH a great book! It was the perfect pace, there were twists and turns that I didn’t see coming, and it kept my attention the whole time. It needs to be made into a movie, haha! I gave it 5/5 stars.

What’s a good book you’ve read recently? Do you want to read any of these books? Let’s chat in the comments!

10 Good Books You Can Read in One Day (Free Reading Log!)

The Stranger Beside Me: Book Review

Hi there, I’m Tami!
Artist / Blogger / Bookworm
I’m so glad you’re taking the time to read my blog and I hope you choose to stick around for a while. If you would like to learn more about me and what this blog is all about, click here!

Why Has Nobody Told Me This Before?